Fear, The Red Sea, and The Faithfulness of God 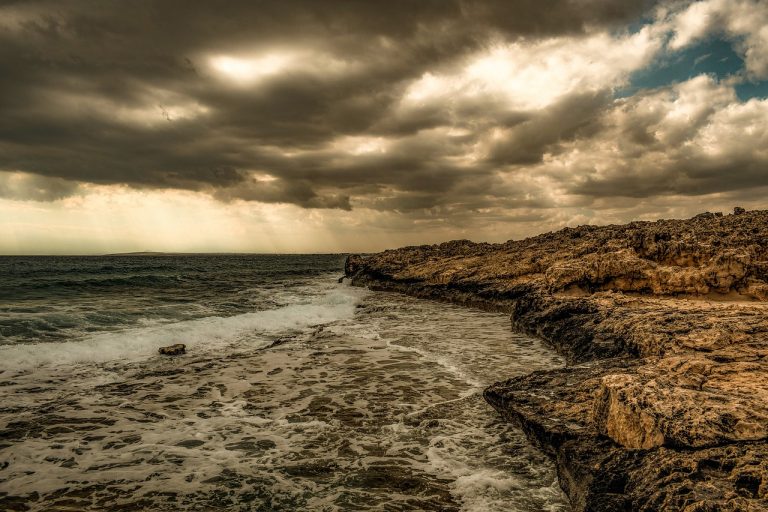 The Israelites had been suffering affliction at the hands of the Egyptians for 400 years (Genesis 15:13). Pharaoh, the tyrannical King of Egypt, had ruthlessly made them his slaves (Exodus 1:14). Understandably, Israel cried out to God in the midst of their affliction (Exodus 2:23-24). In response to their cry, God raised up Moses and called him to stand up to Pharaoh and to bring the children of Israel out of Egypt. He promised to deliver his people and subsequently sent 10 plagues that demonstrated his power over Pharaoh and the Egyptians. After the final plague resulted in the death of his firstborn son, Pharaoh finally relented and let God’s people go. The Israelites were freed from Egypt. It seemed like God’s promised deliverance had finally arrived…until we get to Exodus 14.

Have you ever felt cornered and trapped in what felt like a desperate, impossible situation? There are times in our lives when God leads us into situations in which it seems like there is no way out. Everything seemed to be going our way, God seemed to be in control, and then out of nowhere an unexpected trial befalls us. And in those desperate moments we have two choices: (1) trust God or (2) fear our circumstances.

Let’s look at the desperate situation God led Israel into. Exodus 14:1-2 says this, “Then the LORD said to Moses, ‘Tell the people of Israel to turn back and encamp in front of Pi-hahiroth, between Migdol and the sea, in front of Baalzephon; you shall encamp facing it, by the sea.’” The Israelites have finally left Egypt and are fleeing from Pharaoh and his army and then God unexpectedly commands his people to turn back toward the enemy and go camp out by the sea. God appears to be leading them right into a trap! And he gives very specific instructions as to where he wants Moses to bring his people. He guides them to the exact place where they will soon find themselves surrounded by water on one side and by Pharaoh’s army on the other. Talk about a desperate situation!

How would you respond if you found yourself in such a predicament? Most likely, you would be afraid. You would fear. You may even question the ways of God. So often when we find ourselves in seemingly hopeless situations that seem to have no way out, what do we do? We fear. We take our eyes off of God and look to our immediate circumstances. Consequently, we begin to worry and anxiously anticipate the worst possible outcome. This is exactly what the Israelites did. Exodus 14:10-11 explains, “When Pharaoh drew near, the people of Israel lifted up their eyes, and behold, the Egyptians were marching after them, and they feared greatly. And the people of Israel cried out to the LORD.” God, in his wisdom, led his people into a situation that caused them to fear greatly. In verse 12, the people ask, “What have you done to us?” Can you relate to this question? Have you ever found yourself in a fearful situation, wondering why God would bring such difficult circumstances upon your life?

How does God respond to their fear and worry? Rather than rebuking them for their lack of faith, he assures them (through Moses) that they have no reason to fear because he will fight their battle and deliver them from the enemy. Exodus 14:13-14, “And Moses said to the people, ‘Fear not, stand firm, and see the salvation of the LORD, which he will work for you today. For the Egyptians whom you see today, you shall never see again. The LORD will fight for you, and you have only to be silent.’” If you were an Israelite on the shore of the Red Sea watching as the Egyptian army approaches in the distance, would this counsel have been your first inclination? Would this have even made sense to you? Or would you think about taking matters into your own hands? Would you be tempted to try and manufacture some other way out? Often times this is our immediate response when dire circumstances befall us. But truth be told, the Israelites really had no other way out other than to stand firm, be silent, and trust God. And when we find ourselves in similarly dire circumstances, we usually have no other options either. All we can do is trust in the promises of God and wait to see what his deliverance will look like.

What was the purpose of all this? Why did God decide to lead them down a dangerous path instead of an easier one? Exodus 14:30-31 gives us the answer. It says, “Thus the LORD saved Israel that day from the hand of the Egyptians, and Israel saw the Egyptians dead on the seashore. Israel saw the great power that the LORD used against the Egyptians, so the people feared the LORD, and they believed in the LORD and in his servant Moses.”

Their sinful fear was replaced with a greater fear of the LORD. Had God not led the Israelites into this desperate situation, they would have missed out on an opportunity to see his deliverance and have their faith in him strengthened. Now they have this moment of great deliverance that they can look back to whenever they find themselves in similar situations that might cause them to fear. God’s past faithfulness to them will be their source of confidence and calmness in future trials. The same is true for us as well.

God will lead us into desperate circumstances where we have nowhere else to turn but to him. And contrary to what the fears and anxieties of our flesh tell us, these situations are ultimately for our good and for his glory—that our faith in a faithful God might be increased. When he in one way or another delivers us from the impossible situation, we will be better equipped to trust him in the next one.

Christian, in the midst of desperate situations that cause you to fear, here’s God’s counsel to you: Fear not. Stand firm. See the salvation of the LORD. Be silent.