Humility is a virtue.  To not be humble is to sin.  Hypocrisy is a sin.  Hypocrites are not humble.  The word, hypocrite, is a first-century term for stage actors.  Jesus called the Pharisees hypocrites because they were religious actors.  Their faith in God was hollywoodesque, a grand production for a viewing audience.  I believe there is such a thing as hypocritical humility, a humility that is a stage production.  I have encountered this humility among various crowds, and I have especially seen it in Christian circles.  I’ve met the “humble” hypocrites, and I’d like to introduce you to them by name. 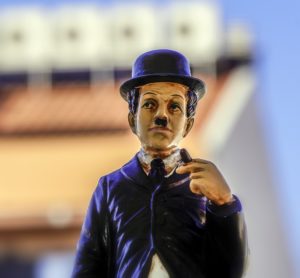 The only thing this hypocrite claims to know for sure is that he’s so humble he can’t know anything for sure.  He can name all the atonement theories, and he’s absolutely certain that the issues are so complex he doesn’t know with certainty which theory is true and which are lies.  He knows there are multiple views from different seminary professors on homosexuality, and he’s too humble to simply say what Scripture says.  He’s so positive that various arguments on either side of the issue are so well-reasoned that he could never be positive over which is right.  In reality, this humble hypocrite is a postmodern neologian masquerading in humility.  He needs to repent of his faithlessness because true faith “is the assurance of things hoped for, the conviction of things not seen” (Hebrews 11:1).  Instead of having assurance and conviction, this hypocrite is  “tossed to and fro by the waves and carried about by every wind of doctrine” (Ephesians 4:14).

This hypocrite may have had a convictional thought once or twice, but you’d never know it because he’s too busy bobbing his head in the name of humility.  He competes with others over who can gain the most approval for being the most humble.  The basis of his conviction is not divine revelation but rather whatever his beloved idol deems to be humble.  If the object of his affection says, “Yes is humble,” he says, “YES!,” because he wants to be perceived as humble.  If the idol says agreement is humble, he agrees.  If the idol says silence is humble, he shuts up.  He serves the whims of whoever he wants to perceive him as humble.  Truly he suffers from the fear of man which is a deadly snare (Proverbs 29:5), and he calls the fear of man “humility” which is a deadly lie.  He needs to repent of his hypocritical humility and start fearing the one “who can destroy both soul and body in hell” (Matthew 10:28).

Like the previous hypocrites, this hypocrite loves being known as humble.  Rightly, he understands that sometimes humility means apologizing.  Wrongly, he apologizes for things for which he has no business apologizing.  When he calls a sin a sin, he says, “I’m sorry that the Bible says it’s sin.  I wish it didn’t.”  When he talks about hell, he says, “Sorry I have to talk about something so difficult.”  When he confronts a heretic, he says, “I’m sorry if used a biblical word like wolf or false-teacher.”  Essentially, he tries to be more humble than the Holy Spirit, and he calls that humility.  A faithful messenger does not present himself as more virtuous than his King.  That’s subversive, and it disparages the King who entrusts the message to the messenger.  We cannot apologize for the Word of God, and those who do must repent for the double-sin of masquerading as humble by exalting themselves above God.  True humility trembles at the Word of God (Isaiah 66:2).  Trembling at and apologizing for are very different.

People call this hypocrite humble because he’s nice.  He does not possess the virtue of courage.  He’s above being bold.  He’s just nice.  He has a warm smile.  He’s an engaging listener.  He’s agreeable.  He’s approachable. He prides himself in being whimsical and likable.  He’d never speak cuttingly about sin or heresy.  For him the sword of the Lord remains sheathed, and the virtue of humility is an excuse to be a coward.  He must remember that “charm is deceitful” (Proverbs 31:30) and the serpent was very whimsical with Eve.  I bet Satan works hard to be a charmingly nice guy (2 Corinthians 11:14).

Thus we have the “humble” hypocrites.  They instinctively know that humility is good.  But they do not know what humility is.  Instead they deceive themselves into thinking they are humble by putting on a stage production of humility.  There is smoke.  There are mirrors.  There are lights.  And there’s even a script.  But please don’t stick around for the show.  The ”humble” hypocrites are the Pharisees the Lord warned us about.