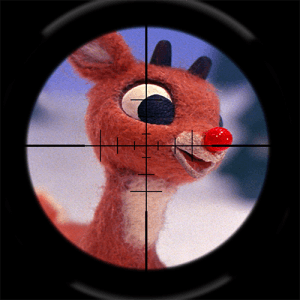 Next Christmas is as faraway as it can get.  So why talk about Christmas?  Firstly, if there is a war on Christmas, and I contend there is, let us now plan before the fog of war sets in next December.  Second to that, the fog of Christmas 2016 has lifted so now is a good time to reflect.  Essentially, we’re far enough removed from next Christmas to tactically plan, and we’re close enough to last Christmas to thoughtfully reflect.

Before we do so, let me draw the lines.  Essentially, there are three wars on Christmas, and my focus will be the third.

THE FIRST WAR ON CHRISTMAS

The first war was the war on the word.  “Christmas,” as a word, came under assault years ago.  The word, Christmas, perceived as a vestige of Christendom, embarrassingly reminded us of a loosely Christian past that needed to evolve into a secular and multicultural future.  So Christmas trees became holiday or friendship trees, and “Merry Christmas” became “Happy Holidays.”

All that said, the war seemed to turn this past Christmastime.  For years past, this first war raged, but this year I scarcely heard about it.  Every Christmas tree I heard about was just that, a Christmas tree.  Media personalities and politicians alike said “Merry Christmas.”  All in all, there seems to have been a ceasefire.  The first war just may be the war of Christmases past.

THE SECOND WAR ON CHRISTMAS

Moving on to the second war, the war on Christmas in the church.

I suspect calling it a war comes across as sensationalistic.  If so, let’s just call it a war for the sake of my flow of thought.  It creates a nice segue from the first war to the third.  So while it may not be real war, it might be perceived war, and I’m calling it war for the sake of style.  I say that to avoid war with Christians over saying war on Christmas.

In 5, 6, or 11 year intervals, depending on leap years, Christmas falls on a Sunday.  2016, 2011, 2005, and 1994 were the last four times this happened.  The next time will be 2022.  I remember the last three well.  Each time, some churches cancelled service Christmas Sunday.  On each of those Christmas Sundays I was a pastor, and each time I ministered at church because church was open.

I’ve heard many reasons why churches shut down Christmas Sunday.  And I perceive the reasoning is not convictionally grounded.  I can’t fairly judge motives, but I can articulate perceptions, whether mine or those of others.

Some have reasoned it is to allow church staff time off with family.  It sounds benevolent, but really certain vocations require certain priorities.

When I was eleven, a deadly car accident interrupted my family’s Christmas celebration.  All of my loved ones were fine, but my uncle, a volunteer fire chief, rushed out the door to help at a gruesome scene on the highway.  As I child, I heard something in my uncle’s absence.  My uncle left the comfort of feasting and festivities to help fix a disaster he didn’t create.  In hindsight, his heroic departure from the feast better told the story of the incarnation than the feasting itself.  Is there a lesson in that for ministers who think they serve their Lord better by cancelling worship to feast with family?

While some pulpits were silent on Christmas Day 2016, I suspect all churches and communities heard a sermon.  Silence can be very loud.

THE THIRD WAR ON CHRISTMAS

If we’re really honest, Scripture nowhere mandates a yearly Christmas celebration.  If we could know the date of our Saviour’s birth, my guess is it wasn’t December 25.  Cromwellian England didn’t even celebrate Christmas.  They saw no Scriptural basis for the holiday, and the Puritans feared it may tempt the nation back to popish superstitions.  So they declared war on Christmas.  They had no Christmas trees or “Merry Christmases,” nor did they have holiday trees or “Happy Holidays.”  To them it wasn’t Christmas and it wasn’t a holiday.  The faithful worked during December’s last week and went to church on the Lord’s Day for worship.

The third war on Christmas is the one we need to have.

Let’s take a lesson from our Puritan forebearers.

I doubt Christmas is enticing contemporary evangelicals to embrace Roman Catholicism, like it was in Cromwell’s England.  So we can skip the details surrounding the Puritan fear of medieval idolatry and be very succinct: The Puritans were contextualizing the Gospel for the 17th century Englishman.  By cancelling Christmas, they were opposing idolatrous temptations.  “What,” you ask, “were their idolatrous temptations?”  Whatever kept them from the true worship of the one true God.  They perceived Christmas as a residual idolatry from a Catholic era so they rejected it wholesale.

When drinking coffee with family and opening presents from Santa entice ministers and entire congregations to cancel the corporate worship of Christ, does God look down with great pleasure?

The Lord rose from the dead on the first day of the week.  Since His resurrection, the Church has set aside that day for Christian worship (Acts 20:7; 1 Corinthians 16:1-2).  So if we cancel Sunday worship, we need a good reason.  Eating cheap candy with the kids just doesn’t seem to be it.

I’m not suggesting we go back to Cromwellian days and scrub the celebration from our calendars.  No not at all.  What I am suggesting is that we learn from Christmases past and plan for Christmases future.

By calling for a war on Christmas, I’m calling for a war on whatever gets in the way of Christmas, even if it’s Christmas that gets in the way of Christmas.  If we schedule 52 times a year to corporately glory in the incarnation by worshipping Christ incarnate, and then if we publicly cancel 1 or 2 or 51 of those times because they conflict with  _____, then we need to reevaluate _____.  Better yet, let’s do all we can to reschedule _____.  Now, fill in the _____ with Christmas or New Years or Halloween or Super Bowl Sunday.

In calling for a war on Christmas, I’m asking that our future Christmases be scheduled around the worship of Christ.