Human Dignity and a Flourishing Civilization

Winston Churchill once said, “When Civilization reigns, in any country, a wider and less harassed life is afforded to the masses of the people. The traditions of the past are cherished, and the inheritance bequeathed to us by former wise or valiant men becomes a rich estate to be enjoyed and used by all.” 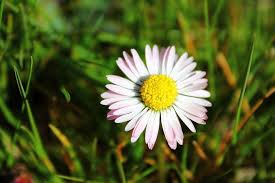 When Churchill was talking about “Civilization” reigning he was not talking about just any grouping of people who make up a society. He had in mind a particular genre of civilization. It is the civilization in which he believed humanity best flourishes, which was the experience of his own civilization, a civilization that sprang from the British Isles.

Commenting on that quote, Daniel Hannan notes “three irreducible elements” of civilization in his book Inventing Freedom: How the English-Speaking Peoples Made the Modern World.

Second, Civilization upholds personal liberty. What this means is that democratically passed laws are themselves bound by law. The majority cannot overrule the rights of an individual. The outcome is that individuals have the right to freely use their own property as long as they do not impose on the rights of another. That translates into a free market founded on private property rights.

Noteworthy is that those “three irreducible elements” are consistent with a biblical view of human dignity. First, the Bible says that all people have dignity, and that means that all people must answer to the same legal standard, hence Lex Rex. Second, the Bible says that theft is wrong, and that means we have a right to private property, such that not even an elected body should be able to steal property from another, even as they cannot forcibly enslave another, hence free enterprise. Third, the Bible knows no King except Christ who is Lord over all, and therefore each man with his own self-governance under Christ has an equally valuable voice, hence democratic rule. All that is to say that a biblical view of human dignity leads to a flourishing civilization.

Of course there have been mistakes along the way. For example, “man-stealing” manifesting itself in the African slave trade. However, only under those three aforementioned principles of civilization may the population expose the inconsistency of holding to the same principles while tolerating a violation of them. To state it more plainly in the form of an example, English civilization led to and allowed for the world-wide abolition of the African slave-trade. Within the system, when the stated principles are upheld, mistakes are corrected over time as truth prevails and inconsistencies are exposed. We are wrong to damn a good system because of damned hypocrisy within the good system.