A bunch of big name pastors are gutting Christ’s cross-work from the gospel. Denying that Christ propitiated God, they claim that God did not pour out His wrath on Christ. For them, Christ did not bear the wrath of God. They say that God did not require blood to forgive sins. Instead, they allege, God can just wink sin away because, after all, He’s God. There’s a big problem with all that. A god that can just wink away sin without a propitiatory blood atonement is a double-minded-tyrant-god. 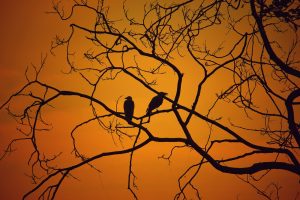 To be double-minded is to vacillate. It is to be inconsistent in mind and judgment. Let’s say a man scolds his dog for urinating on the floor on Monday. He wanted the dog to urinate outside, not on the living room carpet. That would be fair. But what would you say if that same man scolds that same dog on Tuesday for urinating outside because he wanted his dog to urinate on the living room carpet? And then he changes the standard again on Thursday, again two months later, and then again after a few more weeks. I’d say he’s double-minded. His standard is a moving target. Poor dog. Double-minded master.

Let’s say death is the necessary penalty for sin for the first 4,000 years of creation. Whether the sin be eating forbidden fruit, raping, worshiping idols, or premeditating a murder, the wages of sin have been death. Let’s even say it is a sin to not consistently punish sin (Deuteronomy 19:21). Punishing sin by death is the standard, and not punishing sin by death is sin. But what if, after 4,000 years of upholding one standard, a god decided to change the standard only because he can? He no longer requires death for sin. That’s a double-minded god. Poor people. Double-minded god.

A god who is unpredictable in his standard is a tyrant-god. God can’t just change His disposition towards sin and sinners with a wink. The true God cannot sin, He cannot lie, and He cannot change.

A God Who Justly Justifies Sinners

The people who deny penal substitutionary atonement have invented a double-minded-tyrant-god. Their god is unpredictable because he operates on his whims which can change by the day. One day he says the wages of sin are death. The next day he winks and sinners live. That god cannot be trusted. Tomorrow he might wink, and then adios, sayonara, au revoir, goodbye. That god is a volcano god who can erupt any moment over anything.

The God of the Bible is not double-minded. His standard is as consistent as His character. He does not change. The God of the Bible is not a tyrant. He is our Shepherd. He can be trusted. His just standard is that sinners must die. Yet He justly forgives sinners! How is His standard consistent with His forgiveness? His standard and His forgiveness are consistent because Christ died. God “put forward” Christ “as a propitiation by his blood” (Romans 3:25) so that God “might be just and the justifier of the one who has faith in Jesus” (Romans 3:26). God punished Christ in our stead. In Christ, God is just and the justifier of sinners. Because of Christ, God is just to justify us.

Christ propitiates God, and that proves that we can trust Him.