Part II of the Cavey/Carter Trilogy, and the Cup of God’s Wrath

What’s going on over at The Gospel Coalition Canada is quite interesting.  They’ve embarked, under the leadership of Pastor Paul Carter, on a quest to learn what Bruxy Cavey thinks about some very important things in his own words as they say.  So far, there have been two interviews, and we are told we can anticipate one more.  The first interview dealt with the view of Scripture according to Bruxyianity. In so many ways, that interview created confusion and lacked the direct questions that would have been needed to get to the bottom of things (see here and here).  The second interview dropped about a week ago, and aside from one or two skim readings I had not taken the time to digest it until this afternoon. Like the part 1, I think it created more confusion.   I’ll reserve most of my comments on the second one for now, but anticipating the third episode is like waiting for the resolution of a Bourn movie: it’s a real cliffhanger.  In love I remain hopeful that the dear brothers at The Gospel Coalition will resolve all of this by affirming truth and refuting error.

In this blog I’m focusing on one specific issue addressed in part two of the Carter/Cavey trilogy.  I’m focusing on the cup of God’s wrath. Here’s a quote from our old buddy Brux, from part two:

To say God was angry at Jesus or “poured out the cup of his wrath upon Jesus” (a popular image in Evangelical preaching) goes far beyond what is written.  That part is atonement theory, not atonement fact.

I really wish Pastor Paul had hit pause right there and corrected Cavey.  Maybe he will in another post. But Pastor Paul replied by referencing C.H. Spurgeon (who Cavey has accused of heresy and anti-Christ teaching here) and A.A. Hodge.  Then Cavey turned himself into the interviewer, so that he made Pastor Paul the interviewed. Cavey proceeded to ask, “Can you think of any passage in the Bible, including and beyond Isaiah 53, that clearly says God poured his wrath out on Jesus?”   Good question. Pastor Paul replied with a reference to Psalm 88:7, as well as to Luther and Athanasius. After that Pastor Paul asserted “There is no verse in the New Testament that explicitly says that Jesus bore the wrath of God upon the cross.” Then our brother, Pastor Paul, went on to discuss how “most reformed evangelicals” understand Galatians 3:13 as a reference to Christ bearing the wrath of God by becoming the curse.

Now let’s go back to where I wish Carter had hit pause.  Cavey asserted that the pouring out of God’s wrath upon 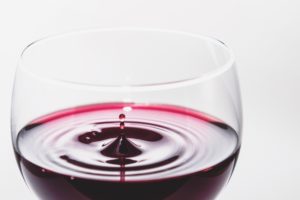 Christ “goes far beyond what is written,” is “theory,” and is not “fact.”  I’m going to focus on those claims in light of his first question to Pastor Paul: “Can you think of any passage in the Bible, including and beyond Isaiah 53, that clearly says God poured his wrath out on Jesus?”

Yes, the Bible does say that the full cup of God’s wrath was poured out upon the Saviour.  That is my assertion.

The key to understanding what I just asserted is understanding that the New Testament must be read in light of the Old.  Of course, old Brux teaches that Christ contradicted the Old Testament (see here), but unlike old Brux the Old Testament is actually inerrant and reliable.  The Old Testament flows into the New. Very very often the New Testament imports the concepts, categories, and terminology of the Old. The Bible does teach that the full cup of God’s wrath was poured out upon Christ.  To see it, at least from the vantage point of this blog, we must believe that the Bible is consistent throughout, and we need to assert that it is without contradiction.

In each of the Gospels, Jesus says a few things about drinking a cup.  In Matthew, Mark, and Luke (Matthew 26:39, 42; Mark 14:36; Luke 22:42), while sweating blood in Gethsemane before the crucifixion He prays that the cup be removed from Him.  In John He tells Peter that He must drink the cup that the Father has given him (John 18:11). Ultimately in Gethsemane Christ submits to His Father and says, “I drink it, your will be done” (Matthew 26:42).  So right before the cross, Christ submitted in Gethsamene to drinking a cup. The cup itself is so terrible that the thought of it caused Him to sweat blood.

Reading about the cup Jesus agreed to drink, we ask, “What is He talking about?”  “What is this cup of which He speaks?” “Why did it cause Him to sweat blood in the Garden?”  “What’s so bad about drinking a cup?” To answer that question, we must read the New Testament in light of the Old.  In the Old Testament, the cup serves almost exclusively as a metaphor for the wrath of God, and God reserves the metaphor of the cup to describe the pouring out of His wrath. But don’t take my word for it.  Let’s look at some Scripture.

For in the hand of the Lord there is a cup   with foaming wine, well mixed,and he pours out from it, and all the wicked of the earth shall drain it down to the dregs (Psalm 75:8).

Thus the Lord, the God of Israel, said to me: ‘Take from my hand this cup of the wine of wrath, and make all the nations to whom I send you drink it.  They shall drink and stagger and be crazed because of the sword that I am sending among them’ (Jeremiah 25:15-16).

For thus says the Lord: “If those who did not deserve to drink the cup must drink it, will you go unpunished? You shall not go unpunished, but you must drink” (Jeremiah 49:12).

You have gone the way of your sister; therefore I will give her cup into your hand. Thus says the Lord God: “You shall drink your sister’s cup that is deep and large; you shall be laughed at and held in derision, for it contains much; you will be filled with drunkenness and sorrow. A cup of horror and desolation, the cup of your sister Samaria; you shall drink it and drain it out, and gnaw its shards, and tear your breasts;for I have spoken, declares the Lord God” (Ezekiel 23:31-34).

You will have your fill of shame instead of glory.  Drink, yourself, and show your uncircumcision! The cup in the Lord’s right hand will come around to you,  and utter shame will come upon your glory (Habakkuk 2:16).

And as a bonus, I will note that John also picks up this Old Testament theme in the New Testament book, Revelation:

And another angel, a third, followed them, saying with a loud voice, “If anyone worships the beast and its image and receives a mark on his forehead or on his hand, he also will drink the wine of God’s wrath, poured full strength into the cup of his anger, and he will be tormented with fire and sulfur in the presence of the holy angels and in the presence of the Lamb” (Revelation 14:9-10).

The great city was split into three parts, and the cities of the nations fell, and God remembered Babylon the great, to make her drain the cup of the wine of the fury of his wrath (Revelation 16:19).

Does the Bible teach that the wrath of God was poured out on Jesus?  Yes it does. The cup is used primarily as a metaphor of God’s wrath in the Old Testament.  Before the crucifixion Jesus knew the torment to come was so bad that He sweat blood, and He referred to the coming torment as the “cup.”  We should not be surprised that Cavey does not believe this because He has been known to point out contradictions between the Old and New Testaments.  But for those of us who still believe that the Bible does not contradict itself we can see the reference to the cup of God’s wrath in the Garden of Gethsemane, and we believe that that cup was poured out on our Saviour while He was crucified.  Thanks be to God.

Now, the metaphor of the cup is not the only way I can demonstrate that God poured out His wrath upon Christ.  There are others. There are many others. But it is the concept I’ve chosen to focus on in this blog because I wanted to answer Cavey’s first question to Pastor Paul, and I also wanted to answer it in light of Cavey’s assertion that the pouring out of God’s wrath upon Jesus “goes beyond what is written,” is a “theory,” and is not “fact.”  While the pouring out of God’s wrath upon Christ is fact, Cavey’s statement is not.

I’m waiting to see how this series wraps up over at The Gospel Coalition.  Up until this point, I think it has caused some terrible confusion. Bruxy Cavey, who is a wolf in sheep’s clothing, has been given a lot of air-time by The Gospel Coalition.  My sincere hope is that they will now put some effort into correcting his teachings and silencing him (Titus 1:11).

***As I’m posting this, I just learned that Part III has dropped.***