Canada’s Multicultural God and The Hope of A Peaceful Dominion

This week we celebrated what has, since the era of Prime Minister Trudeau Sr., been termed “Canada Day.”  I prefer to call it “Dominion Day.”  That’s my preference, not only because that was its original name, but also because the old name reflects the biblical idea that God should have dominion from sea to sea (Psalm 72:8).  The Latin, A Mari usque ad Mare, meaning “from sea to sea,” appears on Canada’s coat of arms.  Since the days of Pierre Trudeau, Dominion Day has been Canada Day, and Canada has officially prided itself as multicultural.  Thus, I link the change from Dominion Day to Canada Day with the move towards multiculturalism, a concept of which I am not particularly fond.  Just saying that is enough to provoke the ire of some well meaning folks, and maybe even the scorn of the Laurentian consensus.  Thus below I explain myself and offer what I consider to be some major problems with Canada’s multicultural vision. 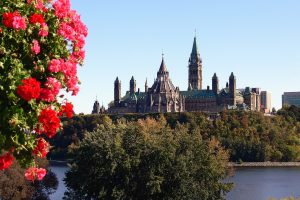 When the state holds multiculturalism as its official policy, the state is declaring all cultures equal.  Multiculturalism equalizes all cultures, and that equalizes all religions because religion inevitably leads to culture.  Islamic nations have Islamic cultures because their religion is Islam.  Buddhist nations have Buddhist cultures because they are Buddhist.  Etymologically, the word “culture” is related to the Latin word, cultus, which means “worship.”  Essentially, culture is what the cultus cultivates in society; worship leads to culture.  Multiculturalism, then, is the official policy of the state which declares that all cultivations of all worship of all gods are equal.  So, in effect, multiculturalism declares that Christian culture is equal to Islamic culture is equal to drag queen culture.  That, of course, from a Biblical perspective is a lie.  Not all cultures are equal, and some cultures are even evil.  In fact if you really want to boil it down, multiculturalism is likely just polytheism renamed.

MULTICULTURALISM DECLARES THE STATE TO BE GOD

If all cultures are said to be equal, someone must declare them so.  And, as we have already established, that someone is not Jesus. The Lord Jesus will share His worship with no other, and thus He will not share His culture with another.  So, who is the equalizer?  The equalizer is the state.  When Pierre Trudeau declared multiculturalism to be Canada’s official policy, he declared that within Canada’s borders all cultures are equal.  In declaring so, he judged that the superior culture is the multiculture.  When men reject Christ’s lordship, they inevitably embrace another’s lordship, which, Scripturally speaking, is most certainly the lordship of the creature in the stead of the Creator.  When our Parliament declared all cultures equal it declared itself the equalizer, thus the lord of the land and the ultimate rule of the people.  When Canada switched to multiculturalism, parliament exerted its dominion from sea to sea.  Multiculturalism is when men say, “All cultures are equal, but some cultures are more equal than others.”  “What culture is most equal?” you ask.  That would be the culture that equalizes the other cultures, which is the multiculture of the ruling elites.

Canada, as a nation, was founded on a bicultural heritage.  The dominant culture being Protestant in English Canada, which forged a cultural consensus with the dominant Roman Catholic culture of French Canada.  Together, the two cultures operated with Christian presuppositions.  That does not mean that everything they did was Christian, but it does mean that when wrongs were done people knew the wrongs were wrong.  They knew the wrongs were wrong because the Bible says they are wrong.  The shift from this heritage began after the Second World War, and Canadians started to publicly take note during the 1960’s, especially at Montreal’s Expo 67 where “public symbols and rhetoric moved away from particulars of Canada’s religious and ethnic history toward a vision of universal multicultural toleration.”1  The lasting result has been that the “social cohesion that the church once provided is now offered by political and economic loyalties or by ideologies of toleration, personal growth, and multiculturalism.”2  For many Canadians at the time of the shift, the multicultural ideal sounded quite wonderful, even lovely.  But really, it was a siren call to godlessness.

Somehow, someday multiculturalism will fail, that is if it has not already.  First, I believe it will fail because the entire cosmos is held together in Jesus Christ.  Any attempt to deny that, whether it be through official multicultural policies or otherwise, is to subvert the necessary foundation of all things.  Only that which is built upon the rock will last.  Everything else, multicultural societies included, are built on sinking sand.  Second, I believe it will fail because history tells us what God does with multicultural societies.  In Imperial Rome, the Emperor declared all religions equal so long as he could be the equalizer.  That’s likely why Christ’s declaration of His own lordship so offended the Roman establishment: In calling Himself Lord He was saying that no other god or emperor is lord.  When polytheistic Rome fell, the previous Roman world became the Christian world.  Similarly, after the fall of the humanistic Babel in Genesis 11, God immediately promised that He would unite the scattered nations under the seed of Abraham (Genesis 12:1-3).  Christians recognize that that seed is Christ.  So, someday somewhere the multiculti cult will collapse, and the Kingdom of God will emerge in its place.  Third, I believe it will fail because I already see its cracks.  The constant clamouring for collective rights is directly related to the never ending divisions between various collectives.  Whether it be critical race theory, feminism, gay pride, the rise of Islam, or Canada’s neo White nationalism, we have now entered an age in which the multi cultures are competing for dominion.  As a Wise Man once said, “Every kingdom divided against itself shall be brought to desolation” (Matthew 12:25).  Multicultural Canada will become desolate, and Christ will have dominion.

Early on in this article I asserted that multiculturalism is something less than positive.  I’ve attempted to provide sound reasons why I made the bold assertion.  If Canadians are to turn from multiculturalism, to what or whom must we turn?  To Jesus Christ, and to Him alone.  In a nation rent with divisions as various multi cultures compete for dominion, Jesus Christ offers our home and native land peace, love, and joy under His dominion.  By uniting men and woman from multiple cultures and ethnicities to Himself, He will unite those people together in peace, love, and trust.  Our own church, Trinity Bible Chapel, serves as an example of what Christ can do within a divided nation.  Under the Gospel of Jesus Christ, people from countless ethnic and cultural backgrounds who have spoken countless languages have united within our church to voluntarily and peacefully form a new culture.  Our worship of the true Christ is leading to a Christian culture within our homes and our church.  In fact, the Bible actually calls us a “holy nation” (1 Peter 2:9).  I guess you could say we are a new nation emerging in a deteriorating nation, or as our Lord said, “new wine in new wine skins” (Matthew 9:17).  May our nation repent, may the peace of Christ be ours, and et dominabitur a mari usque ad mare, et a flumine usque ad terminos terrae (Psalm 72:8).