Anabaptist or Anabruxyist? And Why It Doesn’t Really Matter

Evangelicals in the Province of Ontario are in the middle of what I believe is the most important theological controversy we’ve faced in 70 years—at least since the fundamentalist/modernist controversy.  Bruxy Cavey pastors one of Canada’s largest churches, has a broad following, claims to be a conservative Christian, and yet has not only denied the Gospel but has openly stated that he’d like to convert everyone away from it.  I’ve already written so much about this, and here I am addressing the fact that Anabaptists as a whole have regrettably been dragged into this miserable situation.  Cavey, with his woefully inadequate understanding of Scripture and his overt denial of the Gospel, claims to speak on behalf of Anabaptists, so I understand why some might even think he does.  That said, I believe that Cavey has dishonestly claimed to speak on behalf of Anabaptists, but most importantly I think the broader Christian community should not allow this to become about Anabaptists.  That is the thesis of this here blog I’m writing.  In fact, it is more than a blog thesis.  It’s a passionate plea: Please don’t make this about Anabaptists.

MANY EARLY ANABAPTISTS WOULD HAVE RENOUNCED CAVEY

The early Anabaptists were viciously persecuted on all sides, so they were constantly on the run and had little time to define their doctrinal commitments.  That said some of their writings have been preserved.  Over a decade ago I read William Estep’s The Anabaptist Story, in which he portrays Anabaptists as a humble group of Christians who earnestly sought to follow our Saviour, as He’s revealed in Scripture, at the cost of their own lives.  So inspired was I by the Anabaptists that over a decade since reading that book I continue to remember and reflect on parts of it.  Further, after I originally entered into the Cavey controversy over a year ago, I came across the English translations of some writings of the early Anabaptist leader, Menno Simons.  So impressed was I with Simons’ deep love of the propitiatory work of Christ, in contrast with Cavey’s denial of that same Gospel, that I wrote a quick blog on it.  When it comes to Cavey’s view of the cross, Simons likely would have renounced him as one who invented a false gospel “that can hold not water.”  All of that is to say that I doubt Cavey, outside of being a pacifist, has much of a basis to claim theological fidelity with many early Anabaptists.

I have the wonderful privilege of pastoring among one of the largest Anabaptist communities in Canada, Waterloo County.  In our lovely part of Ontario, Anabaptists heroically cleared farms and built towns in a bygone era.  During wartimes, they suffered scorn from some bigoted locals who persecuted them—yes, even beat them in the street—for refusing to serve in armed combat due to their convictions on pacifism. While I graciously and respectfully differ with my Anabaptist friends on their pacifist conviction, I write this with tears in my eyes as I reflect upon their willingness to bear unjust reproach for their sincerely held religious beliefs.  They were giants of old.  Many within my congregation have come from Anabaptist backgrounds, and while they no longer hold to the Arminianism and pacifism of their ancestors they still love the God of their Anabaptist fathers who are worthy of so much emulation.  I know their families who remain within Anabaptist churches, many of whom are God-fearing and Bible believing people who truly love the Saviour and trust in His propitiatory sacrifice for salvation.  We can have friendly disagreements over our understandings of predestination and over how Christians are to view war, but many of them, like me, sleep well at night because they are trusting in the propitiatory work of Christ revealed in the inerrant Scriptures.  I will stand on the highest roof top and declare with the loudest voice that these Anabaptists reject the teachings of Bruxy Cavey!  He does not speak on their behalf! 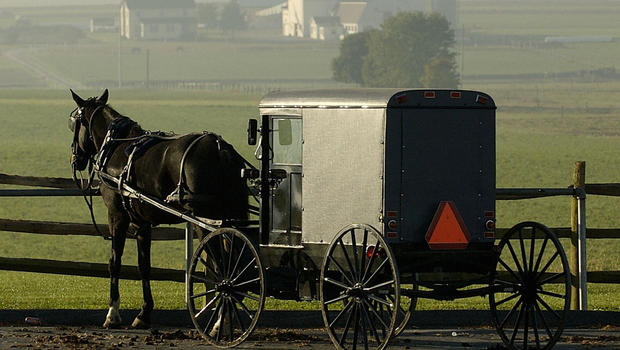 CONCLUSION: ANABAPTIST IS NOT REALLY THE ISSUE

Let’s say Cavey does speak on behalf of all Anabaptists.  He doesn’t.  But let’s give him that one, at least until the end of this paragraph.  Because even if he did, it doesn’t matter.  Jesus condemned the Pharisees for breaking the commandments of God to uphold the traditions of man (Matthew 15:1-9).  A simple reading of that text indicates that Jesus even quoted from the Old Testament authoritatively to prove that the Pharisees were wrong.  The Pharisee, like Cavey, claimed to speak on behalf of God and on behalf of giants of the faith, but really the Pharisees were under His wrath because they cherished their traditions more than the Scriptures.  They were sons of Belial, not sons of Abraham.  And that, my friends, is the issue: Bruxy Cavey breaks the commandments for the sake of his traditions.  He just happens to claim those traditions are Anabaptist, much like the Pharisees claimed there’s were Abrahamic.  What matters is that the religious tradition that Cavey likely most historically resembles is the tradition of the Pharisees who rejected the propitiatory work of the incarnate Word of God largely because they were blind to the written Word of God.  When the blind lead the blind they all fall into the ditch.  Now is the point in the paragraph where we can stop pretending Cavey speaks on behalf of Anabaptists.  He clearly doesn’t.   But most importantly, Cavey doesn’t speak on behalf of God: Jesus does, and I know that because the Bible, the Word of Jesus, tells me so.  So I’m asking that we keep all the Anabaptists out of this and focus on the problem: the problem is what’s being taught by Bruxy Cavey.