The controversy surrounding Bruxy Cavey is, in my opinion, the most significant theological controversy Canadian Evangelicals have faced in 70 years—at least since the fundamentalist/modernist controversy. In writing about this once again, I can empathize with Jude who said he would rather write about “our common salvation,” but “found it necessary to write appealing to you to contend for the faith that was once for all delivered to the saints. For certain people have crept in unnoticed…” (Jude 1:2-3). There are more fragrantly aromatic colognes than eau-de-le-gars-qui-a-réprimendé-bruxy-cavey. But, as I learned at the rink growing up, you don’t get to pick your spots. Sometimes you just end up being bashed against the boards in the corner while chasing the puck, even if you’d rather be the finesse guy gracefully twirling around the defencemen to deke out the goalie for the game winner in overtime. It is what it is.

Thank God it’s not a terribly lonely corner over here. Pastor Paul Carter blogged about this last week, as did Wyatt Graham. A few weeks ago the guys a the Rebel Alliance Podcast made their position clear. And Tim Challies has been kind enough to promote this material too. And, we need not forget about my old pal Eric Schneider who’s, well, been quite helpful. We should also send some love to the guys over at Tyndale University’s philosophy department too. Did I mention that our friends at Tyndale philosophy are Arminians as best as I can tell? I only throw that in because Cavey and his people have wrongfully blamed all this on Calvinists. As it turns out, Arminians and Calvinists can agree on a lot of important things, even if one of those things is that Bruxy Cavey should be refuted. Alas, the Lord is raising up good men.

Moving on to one of the reasons I believe this is so important: Canadian Evangelicals are now being forced to define who we are. This is a natural process that the Church must go through at least every generation or so, and we happen to be going through it right now. We didn’t choose it, but we are now in it. Where you land on this will make history whether you like it or not, even if you claim neutrality. In AD 597 Augustine of Canterbury evangelized the Anglo-Saxons, and since then successive generations of English speaking Christians have had to define heresy, fight heresy, and by so doing they have preserved the truth right up until this point right here. This is our hour, and we cannot hide from it.

So, what is at stake? I submit that the Gospel of Jesus Christ is on the line. That’s why I’m making such a big deal about it. But more specifically I believe we are seeing three foundational issues emerge: (1) Scripture, (2) the atonement, and (3) sexual ethics. Interestingly enough, Bruxy Cavey seems to believe the same. This controversy is now so serious that he addressed it specifically at the start of his sermon on Sunday. He did acknowledge those issues, but I should note that he framed them in a very unhelpful way. There is a fault line emerging. With that I’ll touch on each point specifically. 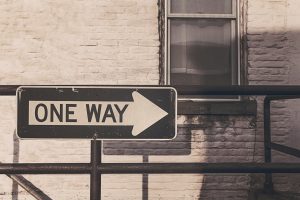 Has God spoken, and if He has what has He said? I submit that He has spoken on the pages of Holy Scripture, and because of that we have no higher authority to which we can appeal than Scripture. Cavey, on the other hand, has called the authority of Scripture “unscriptural,” “weird,” and “made up.” While, he claims to believe Jesus is his highest authority, we are left asking, “Which Jesus?” It’s absolute nonsense to divide Christ’s authority from the authority of Scripture, as Cavey is doing. If the Bible is the written Word of God, and if Jesus is God, then we can be assured that the Scriptures are the written Word of Jesus. So to pontificate—pontificate is great word here— about Jesus outside the Scriptures is bananas. It’s like dividing the authority of the King from His edict, or the authority of the boss from his instructions, or the authority of the government from its laws. Yes, it’s bananas. And it leads to trouble, big time. Do Canadian evangelicals believe the Bible is the inerrant authoritative Word of God, and do we believe it enough to take a stand right here? This is the first issue.

My sense is that the previous issue is likely a lot easier for Evangelicals to stand for then this one. I say that because of interactions I’ve had with other brothers who are wondering if I’m making too much of an issue over penal substitutionary atonement. To be clear, I am not saying that confusion over the atonement or a lack of understanding about the atonement is tantamount to apostasy. No, I’m not saying that. I am saying that an informed outright denial of penal substitutionary atonement is a denial of the Gospel. And I am saying that one who’d like to convert people away from penal substitutionary atonement is a predatory wolf, not a brother. Bruxy Cavey has denied it outright and has boasted that he’d like to convert people away from it. Also, I am not saying that penal subsitutionary atonement is all there is to the Gospel. But I am saying that without it we do not have a Gospel. I completely understand why some brothers are taking some time to process this, but I do believe they will land at the right place in due-time. Yesterday, I had a conversation with a respected seminary professor about this. His comment to me was that this issue is now forcing evangelicals to think about atonement, which we both agree is positive because without penal substitutionary atonement we have no Gospel. My sense is we likely haven’t had to think about it in this much detail—at least in Canada—for, well, maybe 70 years. A new generation has the opportunity to think this through and take up the torch of our fore bearers. It will likely just take some time to process it all. But a pastor who is open to attacks on the atonement now, even if he holds to PSA himself, is normalizing those attacks and could be preparing the way for his church to deny PSA in the next generation.

Bruxy Cavey has compromised the biblical teaching on homosexuality. We should not be surprised, as he’s only going along with the zeitgeist. But now we must decide where we stand. And it’s not the first time we’ve had to do that either. Paul wrote his letter to the Romans (specifically Romans 1) to a church in the seat of the Empire which was ruled by a homosexual emperor. Paul was clear where he stood. He also wrote 1 Corinthians (specifically 1 Corinthians 6:9) to a church in what was considered likely the most licentious city in the Empire. He was clear where he stood. St. Peter Damian (1007-1072 AD) found himself surrounded by a church compromised by sexual immorality, and he wrote The Book of Gomorrah as a rebuke to the loose sexual morals of the ecclesiastical elites. When the culture develops loose morals, the temptation is to do the same. But the true Church has always stood against the zeitgeist. In these days we are deciding whether the next generation in our churches will resemble the whore of Babylon that St. Peter Damian opposed or whether they will live in the holiness without which they cannot be saved. The trajectory of Bruxy Cavey is now obvious, and so should the trajectory of all our churches be, one way or another. From this question we cannot hide. To abandon a Scriptural view of sexuality is to abandon the Gospel of Jesus Christ. Silence on this point will only allow the culture to disciple our churches.

Thus have the issues been framed: (1) Scripture, (2) the atonement, and (3), sexual ethics. These are the issues of our generation, and we did not pick the issues any more than we picked the generation. We don’t get to pick our spots. We simply stand where God has placed us, and if we stand upon that Rock we will stand victoriously. And against us the gates of hell will not prevail.