Not By the Hair of My Chinny Chin Chin! Or, What Not to Do With Wolves

When I was a younger man, I worked at a slaughter house.  We processed about 2,000 head of cattle a day.  My job was in the cold room where I picked fat off the floor, cut steaks, and pulled paddle bones from the carcasses.  The cold room where I worked was bloody, but compared to the kill floor it was a dream.  Blood soaked everything on the kill floor.  The innards of animals littered the floor.  And it, unlike the cold room where I spent my days, wasn’t refrigerated.  Summer days smelt like dead cows, cow guts, rotting meat, and manure.  The air was thick so you didn’t just smell the smells, but you also tasted them.  They shut down the kill floor every night to sanitize it, but the one-day cleaning cycles didn’t keep the leftovers from putrefying.  I remember arriving in the early morning as the cleaning crew was leaving their night shift.  They looked like zombies, and I think they smelt like death, which was probably a result of cleaning rotten meat and maggots up all night.

“Why the graphic description?” you may ask.  Because my sense is we’ve lost the meaning of wolf.  Paul warned the Ephesian elders about false teachers and said that “fierce wolves will come in among you, not sparing the flock” (Acts 19).  When we think wolves we often think Disneyland.  When Paul said “wolf” to a group of shepherds, they thought blood, guts, and maggots.  They thought, “Golly, if I don’t fight the wolves, my church will look like that kill floor.”  I offer the graphic language because that’s what wolves do to sheep.  They soak the ground with their blood, they rip the flesh off their bones, and they leave the remains to be digested by maggots and worms.  That was the image Paul conveyed, and it is the image we need to see. 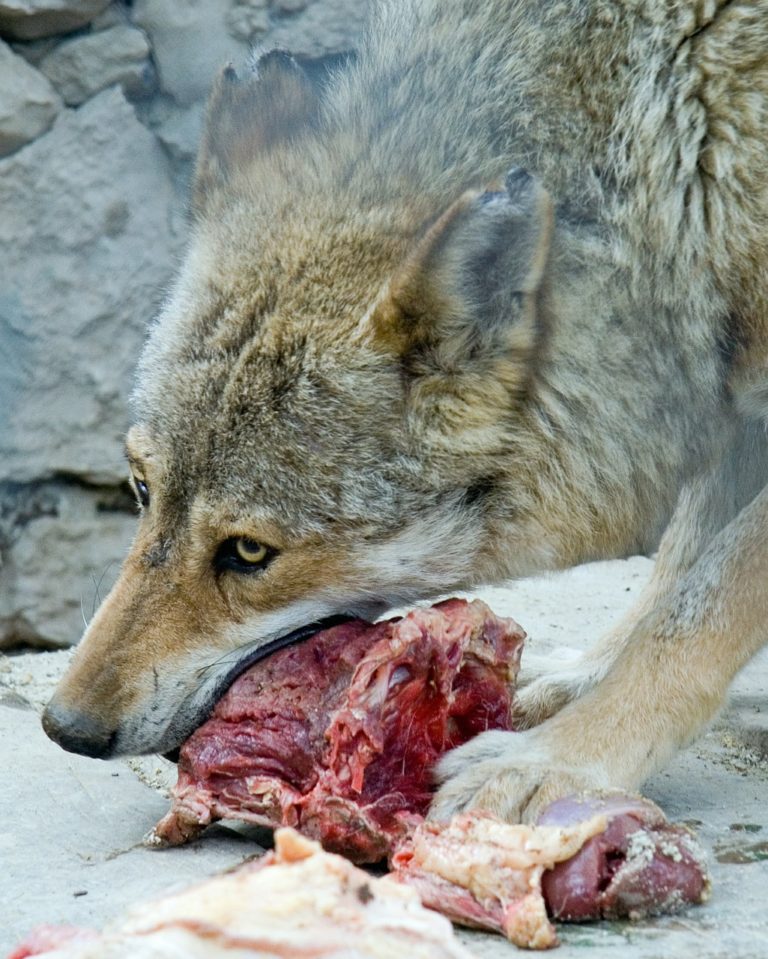 WE SHOULD NOT MISTAKE THEIR CHARM FOR KINDNESS OR GENTLENESS

The reason the Bible calls false teachers “wolves in sheep’s clothing” is because this particular species of wolf does not always look like a wolf.  He often looks like a sheep.  Sheep are fluffy little things that say “baaaa” not “growl” or “howl.”  These wolves actually sound like sheep, but make no mistake that that sheep-speak always has a subtle hiss to it.  So the niceness of the wolves is not, in this case, a biblical virtue, but rather a vice.  In this case it’s called “charm,” which the Bible also calls “deceitful” (Proverbs 31:30).  David, a shepherd who fought wolves, understood this:

His speech was smooth as butter, yet war was in his heart: his words were softer than oil, yet they were drawn swords (Psalm 55:21).

When it comes to dealing with wolves, we shouldn’t mistake charm for moral virtue.

WE SHOULD NOT TREAT THEM AS BROTHERS

The very nature of a wolf is that he is predatory.  He wants clearance into your home so he can eat your family for breakfast.  He wants the house keys, and he desperately wants to be accepted by the head of the household so he can pillage the home.  So, when we try to make friends with wolves we’re only adding to their disguise and risking the souls of our sheep.  Doug Wilson once said,

A shepherd will tarnish his own reputation and forsake his own life to fight off a wolf.  We cannot treat them like brothers.  If we do, they will eat our brothers.

WE SHOULD NOT ATTEMPT TO TAME WOLVES

Dogs are said to be a man’s best friend.  They are loyal helpers, and, like wolves, they are canine.  But cessnas and F-15’s are both airplanes.  Our military likely treats each differently when they enter our airspace.  Sharks and bass are both fish.  Water and white-lightning are both drinks.  You get the point.  There are some things that cannot be tamed, and no shepherd of Israel would ever tame a wolf.  Tim Challies noted,

The Christian landscape is littered with the ruins of once evangelical denominations that were infiltrated with wolves who were appeased by so-called diplomatic shepherds.  Befriending a wolf is like befriending the guy who’s trying to get your wife into bed, but in this case the wolf is trying to get the Bride of Christ in bed.

My sense is there are a lot of well-mannered and good-natured  men who earnestly want to protect the flock from wolves, and they are really struggling with how to do it.  That’s where the doctrine of the sufficiency of Scripture comes in.  Having done an exhaustive study on the issue, I will in the last sentence of this paragraph list each time the prophets, Jesus, and the apostles call snake-charm “niceness,” treat false teachers like brothers, and make friends with wolves.

Now that I have nothing else to say in that paragraph, I will start a new paragraph.  These are interesting days in the Evangelical landscape, and my sense is we are now being attacked from within by the false-prophet.  We could be moving into a season where we’ll be attacked from without by the beast.  God sent wolves and bears to teach the shepherd boy David how to fight.  Then he fought Goliath.  Could it be that by God’s grace He’s now sent us false-prophets to teach us how to fight scripturally, so that when the time comes we can stand together against the beast?  I think that is likely.  The Scriptures are a sufficient training manual for these and all things pertaining to righteousness.  “Blessed be the LORD, my rock, who trains my hands for war and my fingers for battle” (Psalm 144:1).