Gun Control and A Misplaced Hope

It’s been almost two weeks since a Florida high school was shot up. I avoided the news for a while, mainly because the reports are too depressing. Well past the midway point of a grey February, the political frenzies after these things seem to make the days darker when they’re actually getting brighter. It became even greyer yet when some Christian leaders were swept up in the frenzies.

When there’s a mass slaughter and a pastor’s first instinct is to call for government gun control we have a problem. That instinct betrays a false hope and a misplaced blame, which essentially come from the wrong priority. 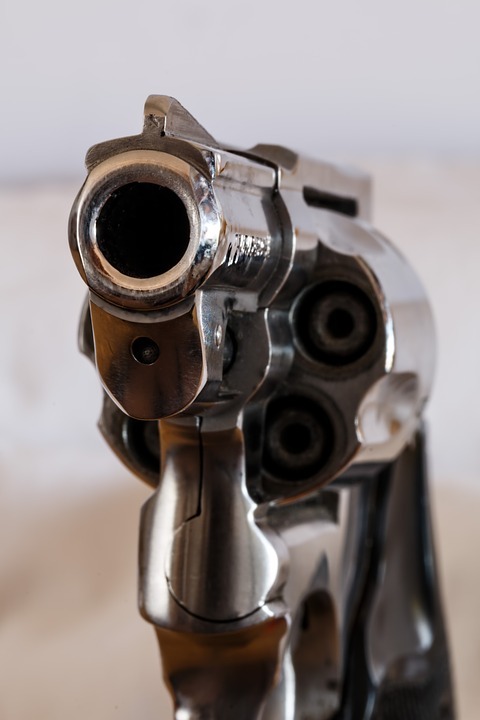 Not only does a first impulse to cry to the government for gun control expose where I place my hope, but it also exposes where I place the blame. It says “I blame guns.” Guns have always been here, at least since I can remember. And since my dad can remember. And since my grandfather can remember. For several hundred years we’ve had guns. At 17 years of age my grandfather enlisted in the service and was issued a gun. My wife’s father grew up on a Saskatchewan farm: He hunted rabbits as an eight year old boy without adult supervision, and with a gun. I know countless farmers who use guns. I know police officers who carry guns. I know tradesmen, business owners, and pastors who own guns. And they don’t open fire on high school students. The guns they own are not the problem. Murderers are. The instinct to cry out against guns is like an instinct to cry out against matches after an arson torches a building and kills a family. It misplaces the blame. Owning a weapon is not sin, and neither is manufacturing weapons, purchasing weapons, or advocating for the right to bear weapons. Murder is sin. If you want to blame someone, blame the murderer.

Guns have been around for hundreds of years, but school shootings haven’t. I remember Columbine. We still talk about Columbine, but I can’t even remember the name of the Florida high school shot up two weeks ago. Twenty years ago this was shocking and bad news. Now it’s just bad news. Guns aren’t new. But school shootings, comparatively, are. What else is comparatively new? The number of fatherless homes, the availability and variety of porn, the normalization of a hook-up culture, the abortion culture, the increase in usage of mind-altering drugs (whether medically prescribed or illegal), the intentional dechristianization of Western culture, the increased level of violence in entertainment, the emasculation of men, the relativization of morality, doctor assisted suicide, and the expansion of the welfare state. As those things have increased so have school shootings. The Bible promises that we reap what we sow. If a society sows sin, it reaps death. If it sows righteousness, it reaps life. Guns have been around for centuries. School shootings haven’t. Sow sin. Reap death.

When the news of a massacre prompts us to instinctively first call for gun control we’ve revealed a few things in the instinct. First, we’ve revealed an instinct to look to Caesar first, not to Jesus. Second, we’ve blamed the gun, not the murderer. Third, we’ve missed an opportunity to offer life in Christ to a culture of death — a culture of death that is now reaping death.

When news spread that Pilate had massacred a group of Galileans, some folks asked Jesus about it. Instinctively, he told them to repent, lest they all likewise perish (Luke 13:1-5). Instinctively, He pointed them to God, not Caesar. That’s the right instinct.

“Unless the LORD watches over the city, the watchman stays awake in vain” (Psalm 127:2). Without the fear of God, your gun laws are worthless. With the fear of God, the 6th commandment will likely suffice. Seventeen people were murdered as soft targets at a Florida school. Repent, lest you all likewise perish.