I have never heard of sannakji until today.  Reporting on Korean culinary traditions, the New York Times highlights a restaurant called “Blue Sea.”  Seafood is the specialty, and among the dishes is sannajki, “raw octopus so fresh that the slices quiver on the plate.”  Apparently, for “non-Koreans” who visit Korea, “the dish exists almost exclusively as a dare.”  Eating an animal that quivers on a plate is something I’ve never done.  That’s largely because I’m Ontario born and bred, and cooked beef with potato and beans has been my staple since a boy. 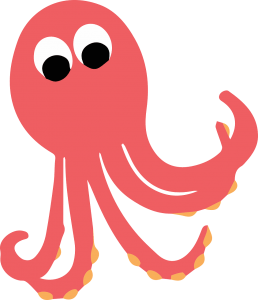 I’ve read that the sannakji octopus can be prepared in at least one of two way: (1) it is such a fresh kill that the nerves still quiver or (2) it is still whole and alive, left for the eater to eat limb by limb.  I don’t think I’ll ever try the second kind.  That’s not because I’m opposed to new foods.  When I was a kid, lasagna was then an exotic Italian cultural experience that my mom introduced to our home.  As more cultures have brought their dishes to my neck of the woods, I’ve approached them with an open-mind.  I’ve enjoyed the occasional sushi plate.  A local Viet-Thai restaurant is one I like to frequent.  Now Shawarma is the latest of the intermittent dishes I savor.  But cooked beef with potatoes is and will remain the staple in my home.

Being open to cultural experiences, one may wonder why I won’t be lining up to be served sannakji (at least the second kind), should a local restaurant manage to menuize it and satisfy the kind bureaucrats overseeing public health.  I won’t eat it because I question whether it’s even moral.

It is not the same because Genesis 9 is still in force, whereas the food prohibition of the Mosaic Law are not under the new covenant.

It is not the same because the Mosaic Law forbids the eating of blood, but Genesis 9 is talking about something similar yet different.

Unlike the Mosaic Law, the commandments and prohibitions of Genesis 9 remain binding on all of mankind.  Genesis 9 precedes the demands of Moses’ Law, and it is part of a universal covenant with all of creation.  The command to multiply and fill the earth is still a biblical expectation, as the refusal to fill the earth was cause for God’s judgment at Babel (Genesis 11:4).  Human governments that uphold premeditated murder as a capital crime do so, consciously or not, in obedience to Genesis 9.  The rainbow continues to be God’s covenant sign that He will not flood the entire earth.  All of Genesis 9 remains integral to the Noahic covenant that we still enjoy.  Kenneth Matthews notes, “The blessing and its provisions for Noah antedate the Sinaitic covenant and thus are universal in scope, pertaining to all men and women in any era.”    Matthew Henry called Genesis 9 “the Magna Carta — the great charter of this new kingdom of nature…the former charter having been forfeited and seized.”  Therefore, we are still expected to not eat animals “with its life, that is its blood.”

That brings me to the meaning of Genesis 9:4.  Verse 4 begins with a strong adversative, which is translated in English as “but.”  That introduces the prohibition.  In the first creation account in Genesis 2:16, God permits man to eat of every tree of the Garden in the same way that God permits Noah in the re-creation account outside of the ark to eat every living thing.  After the initial permission to eat of every tree in the Garden, God, with language strikingly similar to Genesis 9:4, offers His Edenic adversative: “but of the tree of the knowledge of good and evil you shall not eat.”  The language of the re-creation in Genesis 9 is similar and like Genesis 2 in that the permission to eat is followed by an adversative which introduces a caveat: “But you shall not eat flesh with its life, that is, its blood ” (Genesis 9:4).  All of that is to say that Genesis 9:4 comes with a force very similar to Genesis 2:17.

What then does it mean to not “eat flesh with its life, that is, its blood”?  It means to not eat an animal that is still alive.  Out of love for creation, God commands Noah and us to ensure that our meat is from an animal that is dead, not alive.  The word “blood” is in apposition to the word “life.”  That is to say that blood, in the context of Genesis 9:4, means life.  Life, in this text, means blood.  God forbids us from eating animals that are alive.  We see the same concept repeated in Genesis 9:5-6.  There God says that shedding the “lifeblood” of a man is a capital offence.  Whether an animal or a man sheds the blood of man, that animal or man that shed the blood of man is to have its blood shed.  The use of the words “blood” and “life” are consistent in verses 4 through 6.  Shedding blood, as in “Whoever sheds the blood of man, by man shall his blood be shed” (Genesis 9:6), does not mean drawing blood.  It means taking life.   In the same way, eating “flesh with it life, that is, its blood” does not mean eating rare steak or English blood pudding.  John Gill notes, “the meaning is that a creature designed for food should be properly killed.”  It means eating an animal that is alive.  God commands us to not eat animals that are alive.

Apparently this was a temptation in a world without electricity and refrigeration.   An entire family cannot eat a whole cow in one sitting, so a way to keep the meat from spoiling is to chop off part of the cow, cook the chopped meat, and leave the cow alive to harvest some more meat in a few days.  In that case the various muscles on the animal become like apples on a tree:  Take one, and leave the remainder for another meal.  H.C. Leupold comments on Genesis 9:4, “this provision would rule out all such cruel practices as those of the Abyssinians, who gourge out portions of meat from the shanks of living animals, fill up the cavity with dung, and then eat the warm and bloody meat.”  Butchering animals in large quantities is relatively easy in a world with refrigerators.  For example, I once worked at a slaughter house that butchered 1,500 head of cattle a day.  Outside of the kill floor, the entire facility was equipped with refrigeration.  The meat was shipped by trucks equipped with refrigeration, sold in grocery stores with refrigeration, and marketed to consumers with refrigerators.  Not too long ago, such mass butchering was impossible because it was wasteful.  Meat spoils without refrigeration.  So when an animal was butchered, families had to figure out how distribute the meat without it spoiling.  Carving out a thigh and patching the wound up for latter would have been practical.  But it is immoral.

That brings me back to sannakji.  Apparently some of the octopodes used to make sannakji are killed before the chop.  Others aren’t.  I guess it depends on the chef.  My openness to eating new foods has one caveat: that new food, if meat, must be from a dead animal.