University Graduate? Looking for a Job?

One of the best gifts my parents gave me is a work-ethic.  A work-ethic is a survival s 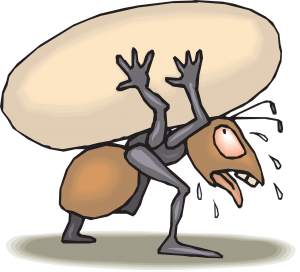 When I graduated from Bible College, I had already completed two paid internships at two different churches and had volunteered countless hours in my home church.  The only job I could find was in concrete construction.  The boss was always angry, and he swore at me a lot.  I made just over $7/hr, and the summer was hot.  I worked outside in the heat, lugging around heavy concrete forms, swinging a hammer, driving stakes, and digging holes.  I probably dropped twenty pounds in the first month.  I was in so much pain after the first few days that it hurt to take a shower. But the body adapted.  The mind became tough.

That was after paying my way through Bible College and working hard to get ministry experience in the process.  But instead of a position in the field I felt God calling me to, I busted my hump working for the angry man.  Why?  Because, as my parents taught me, it’s better to have a job than not have a job.  So I found a job.

Quitting a hard job for no job is foolish.  Just before I went to Bible College and, even for a season while in Bible College, I worked at a slaughter house.  It was wet, cold, and bloody.  I swept fat and blood off the floor, I lifted heavy boxes of bones above my head to dump on a conveyor belt, and I cut flank steaks.  I did it all day.  My back was sore.  My hands became stiff.  During my probationary period I contracted strep throat, but I didn’t miss one day in the wet cold cutting room because I feared losing my job.  I stayed there as long as I could until I needed to quit to go back to school. I disliked the job immensely, but not once did I seriously entertain quitting prematurely.  Why?  Because my parents taught me not to quit a job until I have a better job.

Find Security in Your Productivity

When I was a teenager people talked a lot about cut-backs in both private and public sectors.  People were getting laid-off, and unions were demanding more job security.  I remember specifically bringing this up to my father in our kitchen one day.  I told him that it seemed unjust that people didn’t have job security, and I inferred that something must be done about that.  He quickly corrected me, “The best job security you have is your willingness and ability to work hard.”  That was it.  The paradigm shifted.  Productivity is job security.  Produce something valuable, and someone will pay you to do it.  Prove that you have a skill and can contribute positively, and then, one way or another, you’ll find yourself work.  There is security in productivity.

Take Responsibility for Yourself

When I was a kid, various people that our family knew were seemingly healthy but yet were dependent on others.  Some were on welfare because it was easier that way.  Some were adults who lived with their parents so they could avoid the hard realities of adult-life.  Either way, they weren’t carrying their own weight although they were completely capable of doing so.  My parents, along with my grandparents and my aunt and uncle, would point those people out to me and say, “Don’t be like that.”  That wasn’t gossip.  It was wisdom.  In Proverbs, the only contribution that the fool and sluggard bring to society is that by their bad example they teach children what not to be.  My parents pointed out sluggards and said they would never tolerate that in me.  I learned to take responsibility for myself.

A work-ethic is a survival skill.  With it comes the dignity and satisfaction of caring for yourself and others.  It is a godly thing.  And it’s a gift.  The job-market might have changed some in the last decade or so, but the need for reliable and productive workers hasn’t.  The above principles have served me well.  I’m trying my best to teach them to my kids.  And I offer what I’ve learned along with some examples, out of love, to hopefully help others, especially the recent grads looking for jobs.