Theological Caution From Some Favourite Quotes

When it comes to dealing with liberals, there are two books that I have burned into my mind.  These two books had such an influence upon me that I continue to reflect upon their content after having read both over a decade ago.  The first book is What is an Evangelical? by Martin Lloyd-Jones.  It was a Christmas gift from my mother and father-in-law in 2002.  In it Dr. Lloyd-Jones explains how to discern whether someone is evangelical.  I think I read it in one sitting on Christmas Day, and I still remember a lot of its contents because of how much it impacted me.  The second book is Christianity and Liberalism by J. Gresham Machen.  It was required 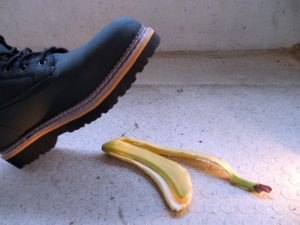 reading for a seminary course I took in 2006.  I read it quickly because I enjoyed it immensely.  In it, Dr. Machen explains how to detect a liberal and demonstrates that theological liberalism is a religion completely different from Christianity.  Both of these books draw lines in the sand.  Like Jesus, they say, “You are either with me or against me.”  “This is Evangelical Christianity, and this is not.”  In these days, maybe for reasons that are more obvious to some than to others, these two books are must reads for anyone attempting to discern what is taking place within various theological conversations.  Thus I offer some of my favourite quotes from two of my favourite and most memorable reads.

When an evangelical praised one with questionable theology, Dr. Lloyd-Jones said,

But an evangelical writer was also praising him, and praising him for his devotional spirit and that he always started his theological lectures by praying.  Now this is the sort of man who has generally done the greatest harm because, to all appearances, and if you looked simply on the surface, you could not see any change at all.  It was the little things which he kept on introducing which were the real danger.1

Of the “evangelicals” who attacked Spurgeon for his strong stance on “Downgrade,” Dr. Lloyd-Jones noted,

…when [Spurgeon] began to denounce what he called the ‘Downgrade’ movement he was attacked ferociously by evangelical people.  They said, “What is the matter with Mr. Spurgeon?  He’s become hypercritical; he’s turning molehills into mountains; he’s exaggerating!”  History has proved that he was not exaggerating.  He saw the subtle changes.  Others said of the men whose influence Spurgeon feared, “They are still evangelical; they say this and they say that, but they are truly evangelical.”  They did not pay attention to some of the other things that these men were beginning to say, and therefore they missed the very subtle process which was insinuating itself into the life of the churches.2

Of the positive “evangelicals,” Lloyd-Jones observed,

One of the first signs that a man is ceasing to be truly evangelical is that he ceases to be concerned about negatives, and keeps saying, “We must always be positive.”3

On how to discern whether a man is evangelical, Lloyd-Jones recommended a test,

I have almost come to the conclusion that the acid test to apply, to know whether a preacher is evangelical or not, is this: observe what he does not say!4

Moving on to Dr. Machen’s book, he helps by demonstrating common traits of theological liberals. They avoid answering specific questions about biblical inerrancy and authority in a way that appears harmless to the untrained ear:

But too often the preacher desires to avoid the delicate question of errors in the Bible—a question which might give offence to the rank and file—and prefers to speak merely against “mechanical” theories of inspiration, the theory of “dictation,” the “superstitious use of the Bible as a talisman,” or the like.  It all sounds to the plain man as though it were very harmless.5

The liberal uses language dishonestly in order to gain acceptance in evangelical circles:

In order to maintain themselves in the evangelical churches and quiet the fears of their conservative associates, the liberals resort constantly to a double use of language.6

The liberal disregards Christ’s vicarious atonement as a mere theory:

It is ridiculed as being a ‘subtle theory of the atonement.’7

For some, the reasons I have listed these quotes appears very obvious.  For others, it might not be.  Either way, I hope you have been edified.  And at the very least you have two book recommendations for your personal library and your reading pleasure.